The LC Magazine gives you details on the items and theme this month is "Kingdom".

The box transforms into a shield (complete with a handle)! My boys will enjoy this! This exclusive shirt recreates 8-bit Link with parts of the original Legend of Zelda game map. This exclusive figure shows off the "Nice King's" softer side with his semi-loyal pet, Gunter, and the rest of his penguin "guards". The Lord of the Rings Colour Changing Glass

Have a drink in this colour changing glass from one of the greatest fantasy series of all time. The Tengwar Elvish runes turn red when you fill the glass with cold liquids. The Lord of the Rings Art Print

Loot Crate teamed up with Bottleneck Gallery and artist Matt Ferguson to bring you this exclusive, frame-friendly, 8"x10" print of hobbits Merry and Pippin riding atop Treebeard towards the dark tower of Isengard because the scene perfectly captures the dangers and majesty that defined J.R.R. Tolkien's fantasy masterpiece. With a theme like Kingdom, I would expect to see some other franchises featured but they did an alright job with this box. I think the LOTR glass was the best item. The rest just didn't appeal to me, but Loot Crate's exclusivity always makes it fun to see what they came up with. September's Loot Crate will include an exclusive 3-inch Aliens buildable figure.

What do you think of Loot Crate?

Lisa is a mother of three children and has been hooked on subscription boxes for many years. She mostly enjoys lifestyle and baby/children boxes, especially those that are from Canada.

Disclosure: This page may contain external affiliate links or referral links. The opinions on this page are my own and I do not receive payment for favourable reviews. 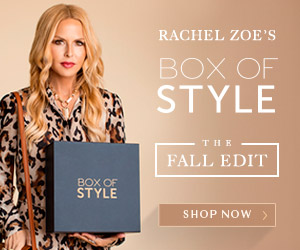